"Welcome back to Arcadia Bay, Max..." - The following page, Life Is Strange Season 2, refers to content from Life Is Strange, an episodic game developed by DONTNOD Entertainment, Deck Nine Games and published by Square Enix.

"WARNING: SPOILER ALERT. Use Caution and obey the spoiler signals!"

Life Is Strange Season 2, contains plot and/or ending details of Life is Strange and its related media. Proceed at your own discretion.

"If you’re reading this, you’ve likely already heard or watched the news… we reached over 3 million unique paying players! It’s an incredible achievement and one we could not have reached without you, our fantastic community! You helped spread positive words about our game and have continually kept the world interested in what happens next. We also revealed a key piece of information that many of you have been waiting some time for now - we can indeed confirm that the original Life is Strange team at DONTNOD are working on a brand new Life is Strange game. We can’t wait to tell you all about it when the time is right, but for now we are hard at work ensuring it is the very best game we can create. We’re really thankful for your patience thus far and ask for a bit more time. The new game will not be at E3 in June this year but we will be watching the show alongside you all and wish everyone good luck!"
—Square Enix[1]

During Life Is Strange Release

During an interview with Polygon during E3 2015, when asked ifLife Is Strange would receive a second season, producer, Luc Baghadoust expressed an interest in continuing the episodic series with a "second season". “We would love to have the opportunity to do another season,” Baghadoust said.[2]

“We’re working so hard to finish Episodes 4 and 5. It’s a lot of work. It’s a lot of stress. We have a limit of time to put out each episode. We want to stick to the eight week release between each episode as much as we can.” Whether or not the series would continue onward with a second season was not dependent on the ending of the "first season", as the story of Max Caulfield and Chloe Price was "narratively complete".[2]

Co-game director and art director Michel Koch stated that if a second season did come about, it would feature a new cast, similar to that of series like True Detective and American Horror Story. “We can really go with other characters, other locations, but still keep the identity of the game, the themes of the game,” he said.[2]

Main article: Life Is Strange: Before The Storm

February 2017, rumors began to circulate that DONTNOD Entertainment was working on a second season of Life Is Strange.[3] The information was taken from a German website, pcgames.de[4], that speculated that sectioned off parts of the DONTNOD Entertainment offices during a tour suggested that other projects besides VAMPYR were being worked on.[3][4]

May 18, DONTNOD Entertainment officially announced that the season season of Life Is Strange was under development on their official twitter, tumbleblog and the official Square Enix blog.[1][5][6] The "second season" has been in production under the "Life Is Strange Team" since before the release of the Limited Edition physical release of the game for PlayStation 4, Xbox One and PC on January 19, 2016.[7]

For a individual breakdown of scores for each episode, visit the "Episode Guide" for the game.

As "Life Is Strange Season 2" is an episodic game, an overall an comprehensive consensus of the game may not reached or aggregated until long after the game's release. As such, this subsection of the article will be updated as and when. 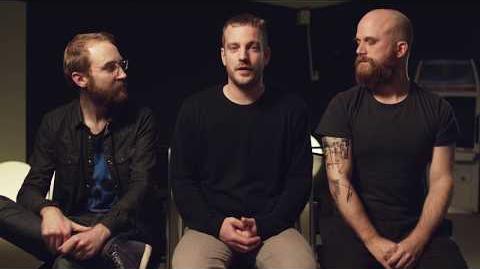 Retrieved from "https://dontnodentertainment.fandom.com/wiki/Life_Is_Strange_Season_2?oldid=18057"
Community content is available under CC-BY-SA unless otherwise noted.